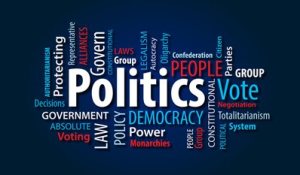 What can you expect to see between now and the local elections in November? Well, it is not likely to be fun as strategies will be used to intentionally divide our community. Some of these strategies are already actively unfolding.

Focus will be placed on “wedge issues” intended to draw lines between voters. Examples of this include instilling fear over an abundance of apartments being built, fear of too much commercial growth and a focus on empty storefronts (although the occupancy rate in retail commercial real estate in Germantown is 94% with office CRE even better at 97.9% and commercial development offsets the tax burden on homeowners for schools, fire and police) and the repeated assertion that the city leaders are promoting development for their own benefit.

Read these posts on social media and understand both sides. The truth is always somewhere in the middle. The intent of this blog post is to help understand what will likely happen and identify these tactics so you can judge for yourself what is the truth.

Remember, a lot of effort has been put into building the perception that certain city leaders do not listen to residents and cannot be trusted. This began back in 2016 during the last election cycle. While there is always an opportunity to communicate better; by and large, the processes that are in place in the City of Germantown ensure that multiple phases of review and open forums are available to discuss any change. The challenge is that most people don’t have time to attend all these meetings so many look to Facebook for answers.

Watch for these tactics:

It never ceases to surprise us that the election season brings out the worst in some people. A reader recently commented on our LG blog that “being controversial and stirring up discontent is how some people make themselves feel relevant. It doesn’t matter to them if they are right or wrong (because in their heads they are always right), just as long as they get attention.” There will be those running for office who present themselves as a champion for the underdog even when they don’t really care about the underdog. They care “about creating a stink in which [they] look like a champion for those who feel disenfranchised (those who worry about their tax money being spent in ways they consider foolish.)” As we approach upcoming elections, you can count on our blog to follow the advice of our reader by continuing to challenge the political rhetoric and rebutting the wrongful allegations.

2 thoughts on “Political Tactics to Watch in 2018”